Life should not be viewed through the single lens of a diagnosis, but through the spectrum of potential, promise and purpose.

This is the motto of Blue Spectrum, a group that covers a wide variety of music and supports people who have challenges associated with autism spectrum disorder.

Zayne Harshaw, a Gahanna resident who was diagnosed with autism at the age of 4, is the band’s guitarist.

Now 26, Harshaw has a successful solo career, in addition to being a member of the band whose name is also derived from his favorite color, blue.

â€œWe just signed him with a production contract, taking him on a nationwide tour next year,â€ said Gene Harshaw. â€œWe’re excited about it. It’s time to take the next step.

During a September 18 concert at the Creekside Blues & Jazz Festival, Harshaw said it was “really, really good” to perform for audiences in his hometown.

He said music helps him communicate.

â€œI was really shy when I was little,â€ Harshaw said. “I used to have anxiety attacks around people.”

Eight years after the founding of Blue Spectrum, the 2014 Westerville Oakstone Academy graduate weaves his way through the audience confidently, demonstrating his ability to play a guitar suspended above his head and behind his neck.

Harshaw also shows his talent by putting his guitar on the floor, tapping his fingers on the strings as if playing the piano.

â€œSometimes you get feedback,â€ he said. â€œI try to avoid comments. It is not easy. I’m trying to ring the strings.

Harshaw said he was inspired by many guitarists, including the late Eddie Van Halen, Prince and Jimi Hendrix.

Kim Henson wrote on the group’s Facebook page that its members encourage many people with their talents.

Harshaw has said he wants to play internationally.

â€œMy to-do list was to go to the UK,â€ he said. â€œI love some English rock bands – Def Leppard and Led Zeppelin. I saw Def Leppard in concert.

Although Blue Spectrum mainly plays covers, including songs by Bill Withers, Hall & Oates, Elton John, Prince and The Ides of March, Harshaw is working on composing his own music, he said.

â€œI just built my studio,â€ he said. â€œI sometimes sing a little background music. I use my ears to harmonize sometimes. I have a perfect pitch. I’ll know if a piano is out of tune. If someone matches their voice, I’ll know if something is wrong.

â€œHe played the trumpet when he was in high school,â€ she said. “He asked for the guitar when he was 12, let it collect dust for about two years (and) then picked it up at 14.”

For two years he stayed in his room and learned on his own.

â€œWe knew about it, but not really,â€ her mother said. â€œA good eight years passed between the diagnosis and the discovery of his talent. We feel truly blessed. We started out with just four kids on the spectrum. One that we encountered during the Special Olympics; the one we met through OSU, they have a social skill group called Aspirations. There was another in the children’s hospital autism social skills group. And they got together, and like any other group, there have been changes, but here we are. “

Gene Harshaw said a few organizations his son has supported with his talent include Best Buddies Ohio; Autism speaks Columbus; Ohio ARC and unlimited possibilities for all disabilities.

He said his son’s trip had been “amazing”.

â€œHe took us to Orlando, El Paso, San Antonio, DC, Memphis, Cincinnati, all over Pennsylvania,â€ he said. â€œHe still lives in Gahanna with us. My wife calls us a three legged stool. Now it’s almost like a bargain between managing his solo and performing the band.

Gene Harshaw said he met Alan Jefferson, the band’s singer and bassist, in 1986.

â€œWe were good friends and he ended up marrying my sister,â€ he said. â€œThey had my nephew and they got married a year or two. He has always been a member of the family. Zayne has known him as Uncle Al all his life.

â€œWhenever we invited Al out to open jams with us, Zayne was all excited, saying, ‘That’s my uncle Al, my uncle Al.â€ People started calling him Uncle Al, so we had decided to keep that. When we asked him to join the band, he was active in singing in the community theater. He has a great voice. I said, “Dude, we’re using your voice, mate.”

Jefferson said he was having fun.

â€œI’ve always wanted to be part of a band, and it never really worked,â€ he said. â€œHe (Zayne) went to a lot of blues jams. He and his father said, â€œWhy don’t you come with us once and sing a song? I said I don’t even know a single blues song.

Jefferson, who lives in the Hilltop neighborhood of Columbus, followed and people liked what they heard.

â€œThe next thing I know, I sing with the band, and I love it,â€ he said.

“I’m happy with the turnout I’ve seen, especially given the time of year / date change, competition with other events in the region, COVID and the OSU match,” he said. she declared.

Harshaw will perform again at Creekside at the recently reopened Signatures Tavern, 94 Mill St., from 6 p.m. to 9 p.m. on October 15.

â€œSignatures has been closed for almost two years and the community is happy to have it back,â€ said Gene Harshaw. 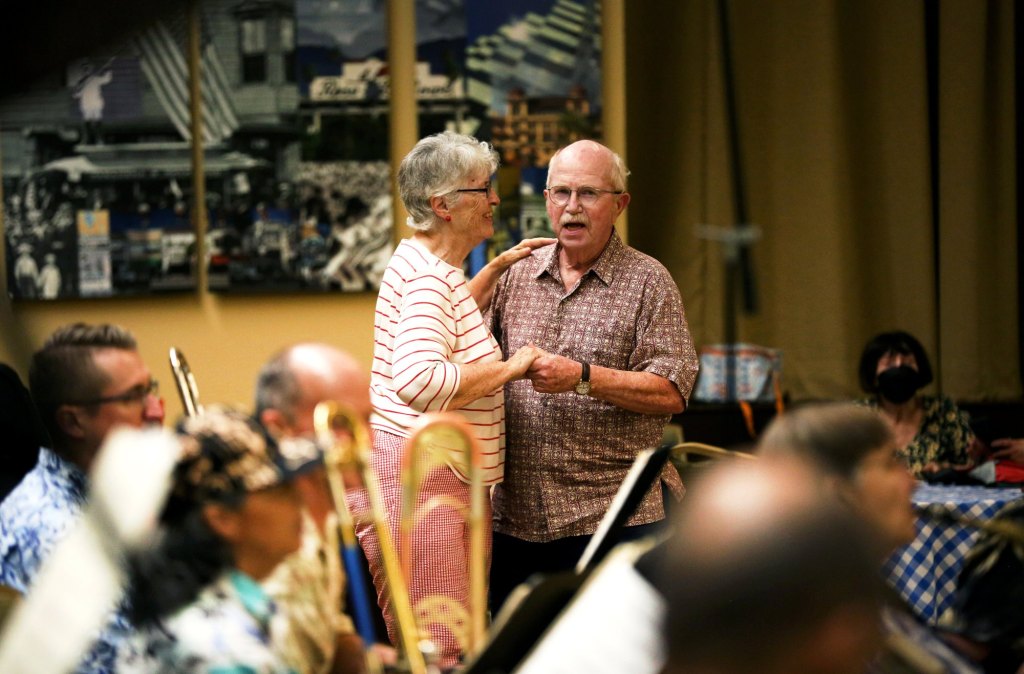 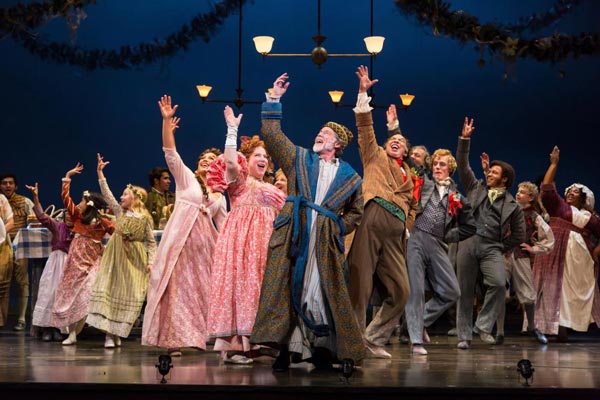 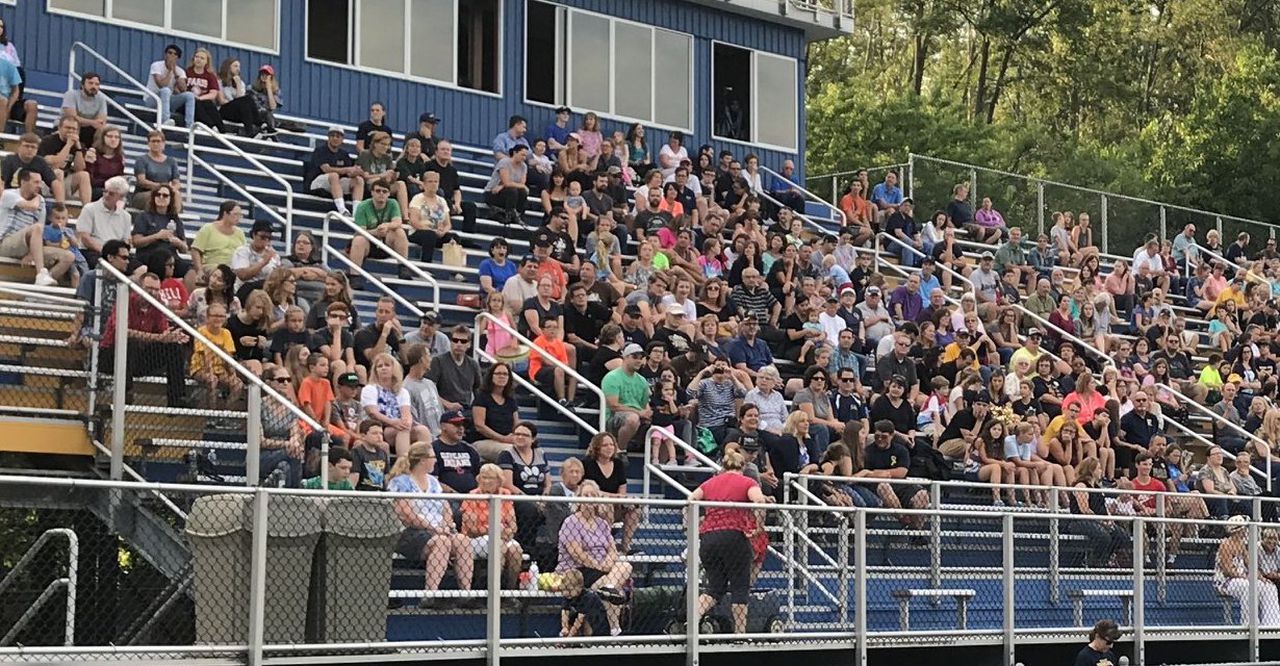 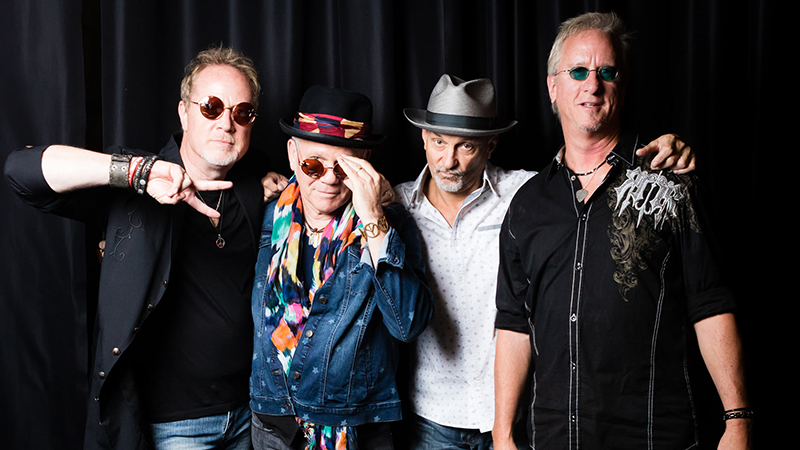